When Ben and Lucinda called us and said they were opening their latest creation and could we help them launch to market we were of course ‘Pumpt’ to partner on this project with them. We needed to create a ‘Grand Store Opening Promotion’ for the first ever ‘The Seafood Collective’ restaurant (located in Albany). We also knew we had the right person in Pumpt to look after them and put our Commercial Director, John Pavlovich on the job as he had an 18 year background at BurgerFuel launching stores around the world so we knew he could help them implement the promotional strategy seamlessly as he is a maestro in the quick service restaurant (QSR) world and knew how to make this play out perfectly.

This is a very up market seafood affair and not like your ordinary ‘fish and chip’ variety local at all, so we decided it needed a broader campaign across many media platforms to reach as many people as possible. To achieve this we designed contemporary visuals for bus shelter ad shells and billboards situated close to the store. We secured poster space at the local Massey University in the popular student quad as well as a ‘Monthly Special’ poster. There were street talkers and table talkers in store showcasing a really delicious Store Opening Special called the ‘Taster For Two Deal’.

A print and letterbox distribution campaign was of course a no brainer making sure we hit all local residential households, and then to target the entire Albany business community we canvased all offices with great success using a branded promotional team with ‘special deal’ flyers to hand out letting the locals who work in the area know that there was a new place to go in town. It was well received by all the lovers of New Zealand seafood and resulted in a very happy client with customers flooding through the door and we even got to do a little research ourselves, delicious! 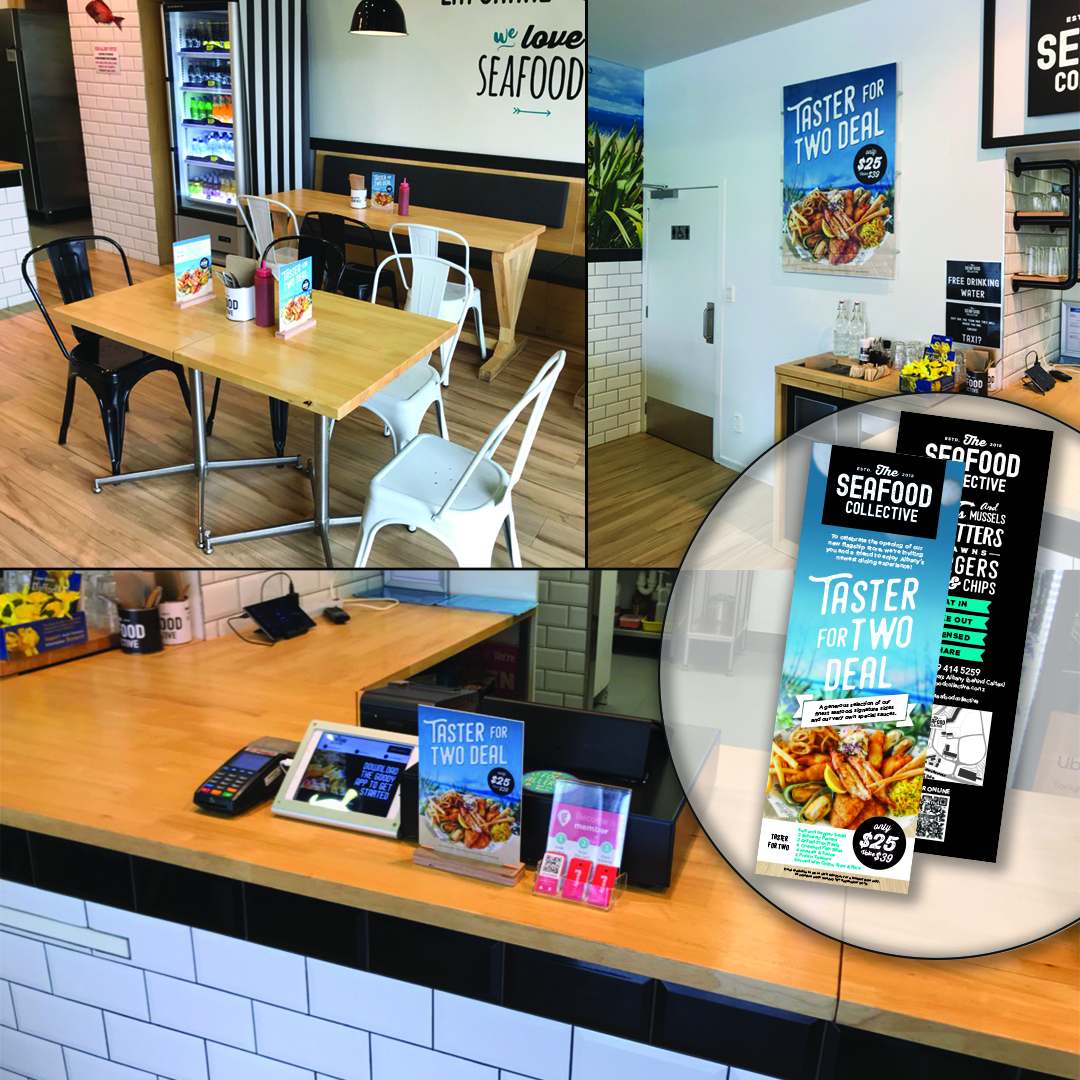 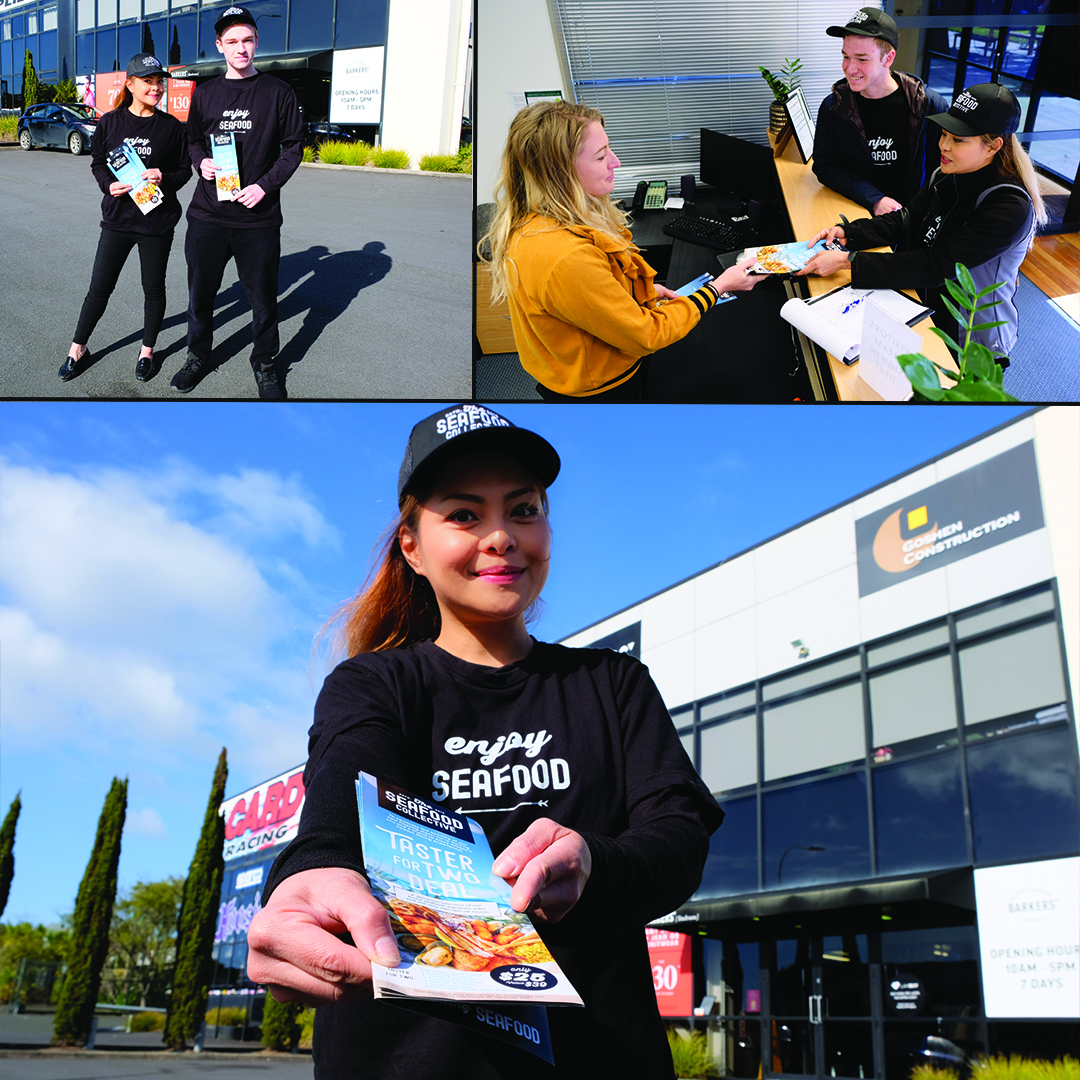 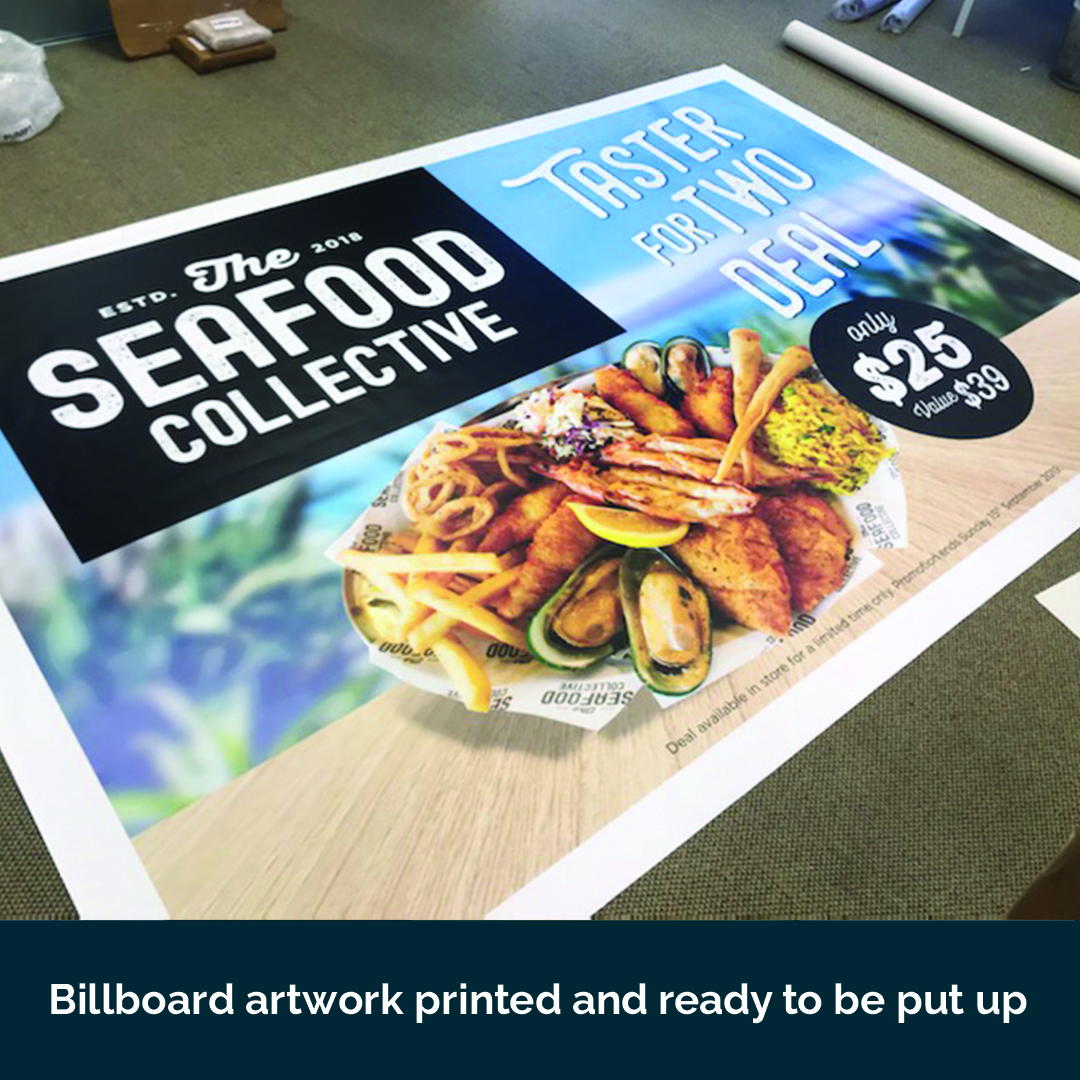